[…] By the mere fact that he forms part of an organised crowd, a man descends several rungs in the ladder of civilisation. Isolated, he may be a cultivated individual; in a crowd, he is a barbarian — that is, a creature acting by instinct.

Thinking is a lonely business that only truly happens when we are free from the shackles of the group. Only the Individual thinks and only the thinking Individual has an opinion. Opinions, however, will have more strength if the group finds in them a meaning. The group is also responsible for challenging opinions and finding new meanings.

Possibly this is what is missing in today’s democracies: we want to think in group what we cannot think individually.

(Note: this post was initially published in Portuguese in http://www.150palavras.blogspot.com) 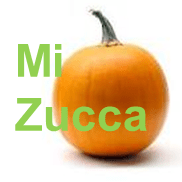